The devices, promoted for cosmetic skin treatments such as eyelid lifts, wrinkle reduction and removal of moles, have not been approved for sale in Canada
0
Dec 7, 2018 11:50 AM By: Nathan Taylor 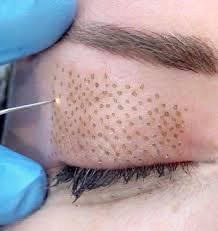 Health Canada is warning you about the potential negative effects of a type of cosmetic device called a plasma pen.

The agency is urging you to avoid treatments with the device.

Plasma pens are small hand-held medical devices that focus electricity on the surface of the skin, which causes a controlled burn and spreads heat throughout the targeted area.

According to Health Canada, potential side effects of plasma pen treatment — even when the device is used properly — include pain, swelling of the treated area, redness, sagging skin (particularly in the upper eyelids), hyperpigmentation (spots), ultraviolet (UV) sensitivity, and skin peeling and crusting.

Sale of the devices have not approved in Canada, “which means that they have not been evaluated for safety, effectiveness or quality,” the release stated.

“Health Canada has been made aware that plasma pens are being used in spas and are also being sold to consumers online and through esthetician training courses.”

Health Canada is contacting spas and estheticians, as well as provincial and territorial authorities, to inform them of the medical device licensing requirements and risks associated with the use of plasma pens. The department is also working with the Canada Border Services Agency to help prevent further importation of unauthorized plasma pens.

To find out if a device has been authorized for sale, check out Health Canada's Medical Devices Active Licence Listing.

This has been shared 0 times

Good morning, Newmarket!
Jan 26, 2020 6:00 AM
Comments
We welcome your feedback and encourage you to share your thoughts on this story. We ask that you be respectful of others and their points of view, refrain from personal attacks and stay on topic. To learn about our commenting policies and how we moderate, please read our Community Guidelines.

About the Author: Nathan Taylor

Nathan Taylor is an experienced multimedia journalist and editor who covers Orillia and other parts of Simcoe County.
Read more